One word to summarize 2019? (suckfest, that's mine)
A book and/or movie you loved in 2019?
(A Song for the Stars by Ilima Todd, Sadie by Courtney Summers; movie...not so much)
Any word for 2020 to motivate you? (convinced; various predicators say this is my year; why argue??)
Love your guts,
-Tammy-

I am sorry that 2019 outsucked Dyson.
Huge hopes for a much, much better year.

One day at a time, that's the only way to do it!
Wishing you all the best this year!

Sorry to hear that 2019 was a rough, tough year. I do hope 2020 shapes up to be better for you, despite its iffy start. Keep on listening to that soft jazz and stay strong!

Nice word! I need that one, too. And thank you, Hilary

Thank you, Yolanda. It literally is just that. Deep breaths and letting the days have their moments.

I will, Debra. Thank you, sweets. Now off to jazz it up, lol!

Hope that 2020 is a better year for you. I've gone through some hard years too recently. They're hard to get through. Fingers crossed on your submissions to agents.

thank you so much, Natalie <3

Oh, and music is awesome. I crank up my MP3 and clean house like a mad woman. :D

I understand sucky years. I felt like I had a dark cloud following me for years. But times move on and the sunshine does return in time. Best of luck with your submissions! Here's to hoping you have to pick a favorite.

{{hugs}} and wishing you good luck on the querying!

Time does move on. Thanks, sis!

I'm sorry to read that 2019 was the hardest for you and sending you extra good wishes and a virtual basket of whichever muffins (or cupcakes), you like the most.

PS: I love my hubby's hugs too. They're magic.

The above article is nice and interesting, thank you willing to share! Greetings success of admin Jasa Fotocopy Murah 24 Jam wish you deign to visit my website, thank you :) 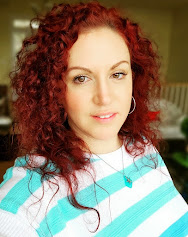