On the Verge of Everything

I would be silly to not talk about what's happened since Covid-19 came around. A lot of my work in the healthcare field was affected. However, the changes allowed me to reflect and realize how I have full control of my workload. Full freaking control. Yet, guilt riddled me to do everything I could to appease others regardless of that fact. Which in turn, made me let that control seep from my fingers like sand in an open hand. And not once did I notice I had done that to myself until quarantine forced me to step back. Once that hit me, I closed my fist, vowing to never let that happen again. P.S. the guilt never really goes away right off the bat. That'll take a little more time...

In the meantime of all that, my full manuscript is still with people in the industry. A fresh full manuscript request (that excites the crap outta me) came into my email the other week. I'm still editing my Orphans of Dark, but HOLY CRAP, something majorly crazy happened. I was near the end, NEAR THE END, and I just needed to do a few more scenes and then the book would be over. BUT NO!! I couldn't fall asleep, was thinking about my book, and a "what if" came to mind, and then of course I stayed up to answer it. A secondary character, the one in the next scene the MC was going to talk to that would be the "saving grace", was the wrong gender.


WHAT??? YEAH... and by changing the gender, this whole world came to view. A whole romantic subplot that holy hell had to happen. I didn't sleep good that night, took a walk listening to moody music the next day, and it all continued to pour out in my head. All the freakin' emotions behind their story, their backstory, all of it!!

I went back to my laptop that day but couldn't write. I didn't have enough no matter how much I wrote about the person on paper. So, just 10k shy of being done, I began to edit my book and edit that subplot in. I'm going hella slow. Molasses has nothing on
me. Literally, I'm on chapter 2. Not kidding. My mind is so occupied with things, like reading two books at the same time, church things, home schooling things, being a bum things, I'm not jelling with writing time like I should. 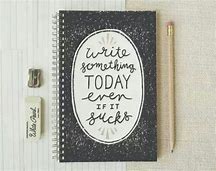 BUT, this next week, I'm penciling in the commitments. Actually, I haven't but saying it here means I have to -- Jedi mind trick. And besides, I was getting on my youngest to just sit and put his fingers to the keyboard, and his essay would come faster than not doing it. After saying that, I was like dang, walking contradiction much??

How is everyone doing out there?? What are you reading, writing, watching, doing??

Sounds like inspiration really struck! Good luck with your editing/rewrite!

A lot of work but sounds like the story will be strong for it.
That's awesome you got a request!

How absolutely wonderful. Both that you got the request and that your writing muse shrieked for (and got) your attention.
I use that Jedi mind trick often. And it usually works.

Thank u!!! Im going to need it

Thanks, Alex! Crossing fingers because it's my fav request yet

I hope itll work for me because i sometimes need kicks in butts!

That's awesome about the manuscript request! And yes, I can relate to the desire to do everything for others, even when it becomes overwhelming. After my school went into lockdown, I found myself working overtime to try and provide extra help to my students, but it was very stressful.

Glad your writing is going so well. Congrats on getting a request for your manuscript.

That's great you realized you have control and not others.

Congrats on the full request.

Don't you wish those moments would happen just a little bit sooner :-) Good luck with it though - I love it when the magic happens!

Babe...totally get this. Take care of yourself!

Thanks, Diane. Hard to learn sometimes! 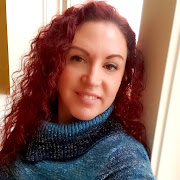